Pheidias the Sculptor of the Gods 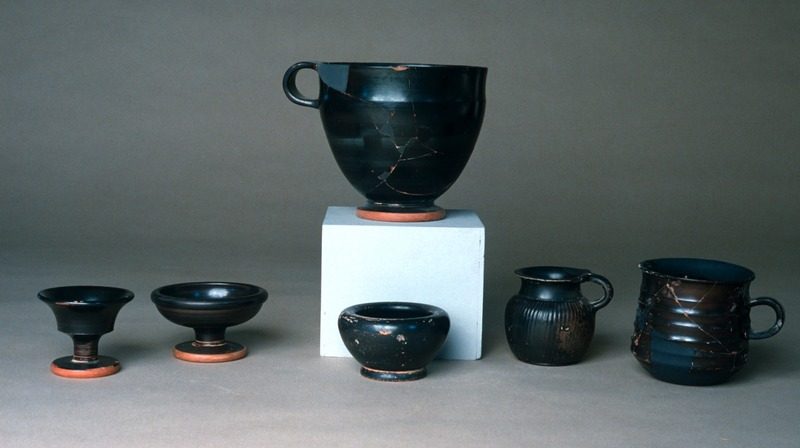 Pheidias was one of the most important sculptors of the classical era. His reputation has remained intact over time. He has been recognized as an artist since antiquity. However, the information we have about his life is scarce.

He was born in Athens, in the 5th century BC. He was the son of Harmidis and belonged to a rich family. This is almost everything we know about Pheidias. His artistic talent became apparent very early on. He started with painting and continued as a student of the sculptures Igia of Athinaiou and Ageladas of Argeio. He stood out for his skills in painting and architecture, but he excelled in sculpture. None of Pheidias’ works seem to have survived. Most are known from ancient references and through exact copies made by the Romans. Many writers such as Plutarch, Plato, Philochorus, Pausanias, Pliny the Elder refer to Pheidias in detail.

Pheidias was a bold and pioneering artist. He expanded the ancient Greek art and technique giving it a new breath. He is the creator of Art that today we call Classical which reflects intense idealism. He was inspired by ancient mythology, theogony while in his early works his themes are drawn from the historical events of the time.

Pheidias’ favorite materials were bronze, copper, gold, ivory, while he rarely used marble, which was in abundance and was chosen by contemporary artists. In his first works, he made a bronze sculpture which was a complex of gods and people. It was created to dedicate to Delphi for the victory of the Greeks in Marathon against the Persians. The symbolism was clear as it united people, such as Miltiades and other warriors, with the gods, Pallas Athena, and the god Apollo. Pheidias created colossal statues and was the artist who for the first time combined gold and ivory.

Pheidias maintained very close friendly relations with the leader of the Athenians, Pericles, whom he trusted. When the latter took over (449 BC) the reins of the city, he asked Pheidias to contribute to its reconstruction. He gave him complete control not only of the decoration of the space but also of the finances that concerned it. Thus, the name of Pheidias was inextricably linked with the Acropolis of Athens as he designed not only the construction of the buildings but also the sculptural decoration and many statues among which were Athena Parthenos, Athena Promachos, Lemnian Athena. His most famous sculptures are the ivory statues of Zeus at Olympia and Athena Parthenos. 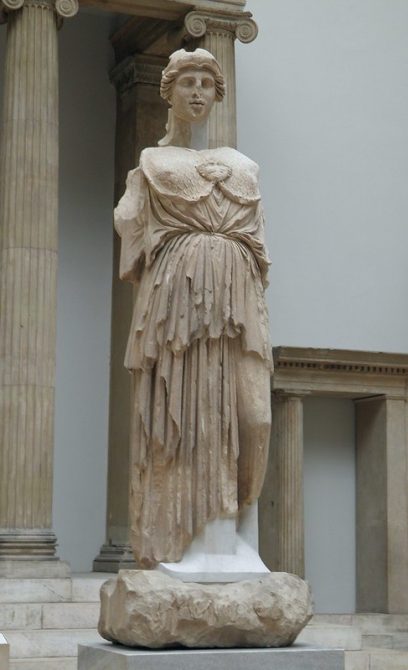 Statue of Athena Parthenos at the Pergamon Museum Berlin

The huge ivory statue of Athena was created (446-438 BC) by Pheidias to take its place in the nave of the Parthenon. Athena Parthenos stood up. It was a cult statue. She welcomed the faithful Athenians in her temple dressed in the tunic, the helmet on her head, holding in her right hand her patron as well the golden goddess Nike, and in her left, she rested her shield in the form of a snake that she referred to as Erichthonius. The sculpture had a wooden part where the clothes she wore were fastened with gold forged plates. The face like the other visible parts of the body was made of ivory. The size and the way of construction were considered a great technical innovation for its time. Pericles did not spare money to highlight the power and greatness of Athens. Unfortunately, a fire that seems to have occurred in the 3rd c. A.D. destroyed the interior of the Parthenon and the statue of Athena.

The statue of Zeus was known as one of the seven wonders of the world. It was created to be placed in the temple of Zeus in Olympia. It is also a giant sculpture made (432 BC) of gold and ivory. He presented Zeus sitting on his high throne, made of ebony, ivory, gold, and precious stones, holding the goddess Nike in his right hand and his scepter in his left. The visible parts of the body were also made of ivory while the clothes were made of gold. The size of Zeus was such that his head almost rested on the roof of the temple.

Copies of both sculptures, which are considered unsurpassed, are made from antiquity to the present day. It is said that Pheidias’ sculptures reflected an ethos that referred to his ethics.

Athena Promachos was another colossal, bronze statue located between the Erechtheion and the Propylaea where only the foundation of the pedestal is preserved. This statue is said to have been made as a votive offering from the spoils gained by the Greeks from their victory in Marathon. It is also said that the tip of the spear, this particular sculpture, and the top of the plume from Athena’s helmet were visible from Sounio.

Finally, Lemnian Athena, unlike the other two, was made of copper. It was created to be offered to Lemnos, which had been colonized by the Athenians (451 and 448 BC), as Pausanias reports. 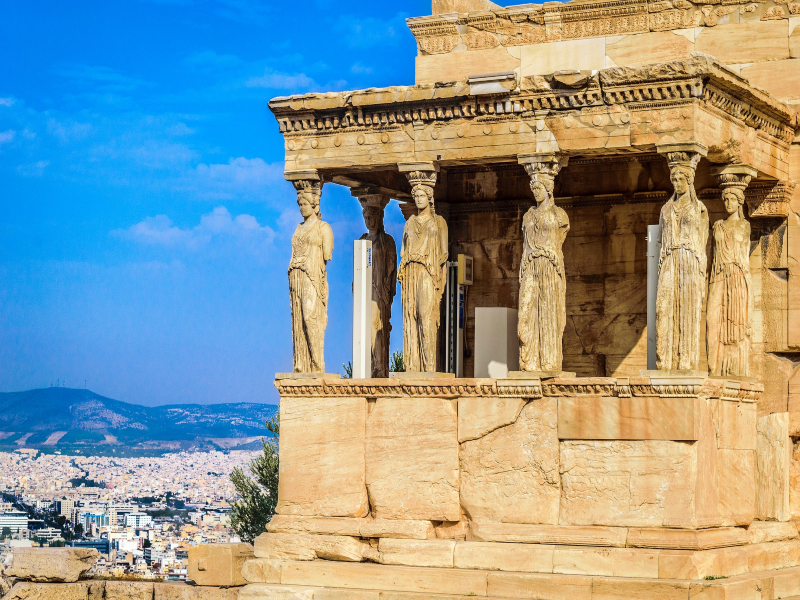 Reconstruction of the Acropolis

Pericles financed the reconstruction and beautification of the Acropolis of Athens from the fund of the Delian League. Pericles’ opponents, to tarnish his reputation and work, accused Pheidias of embezzling part of the gold intended for the construction of the statue of Athena Parthenos with other material and that he kept the gold for himself. It is said that the gold of the statue of Athena was worth 44 Attic talents. Pheidias managed to refute his accusers. He had made sure that the golden part of the statue consisted of prefabricated pieces. Thus, after disassembling them, weighing them and after their weight was found to be exactly equivalent to the talents, he was released from the category.

However, he did not escape prison. He was convicted of disrespect after he wanted to add Pericles and himself, as warriors, to the decoration of the shield of Athena the Virgin. The same accusations were leveled against Pheidias for the construction of the statue of Zeus and this time he was imprisoned.

The sculptures of the Parthenon were carved in Pentelic marble, painted, and in many of them, there were metallic details. They are considered unique masterpieces. The movement in the figures, the clarity in the rendering of the human body, the emphasis on detail become apparent in the sculptures of the gables of the Parthenon where the figures were processed even from the invisible backside.

He collaborated with artists from various workshops in the decoration of the monuments that were erected on the hill. Among them were collaborators and students of Pheidias such as the famous Myron, Agoracritus, Alcamenes who continued and completed his work even after his death. 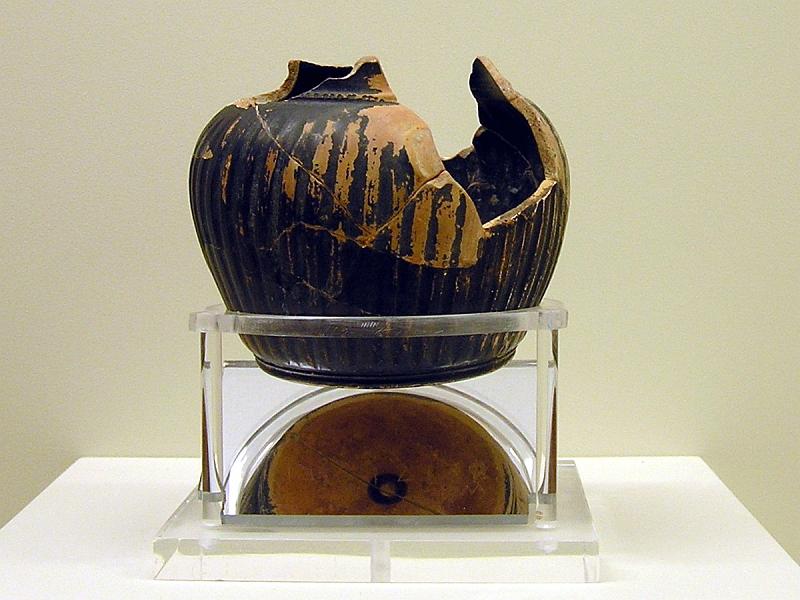 His Workshop in Ancient Olympia

Half a century ago excavations in Olympia came to light along with other finds and a mug. In the mug, there was the inscription: ‘I belong to Pheidias’. This is the workshop where Pheidias is considered to have created the ivory statue of Zeus. Scholars were thus allowed to obtain information on how the sculpture was made.

As for the end of Pheidias’s life, there is again not much information. He may have died in prison after being convicted of disobedience or exiled. Pheidias’s work inspired artists from the Hellenistic period onwards and continues to influence the aesthetics of the art world.