The Role of Games and Toys in Ancient Greece

Playing games has played an important role in Greek society. Since ancient times, toys and games have been a source of pleasure and have fired the imagination of generations of children. 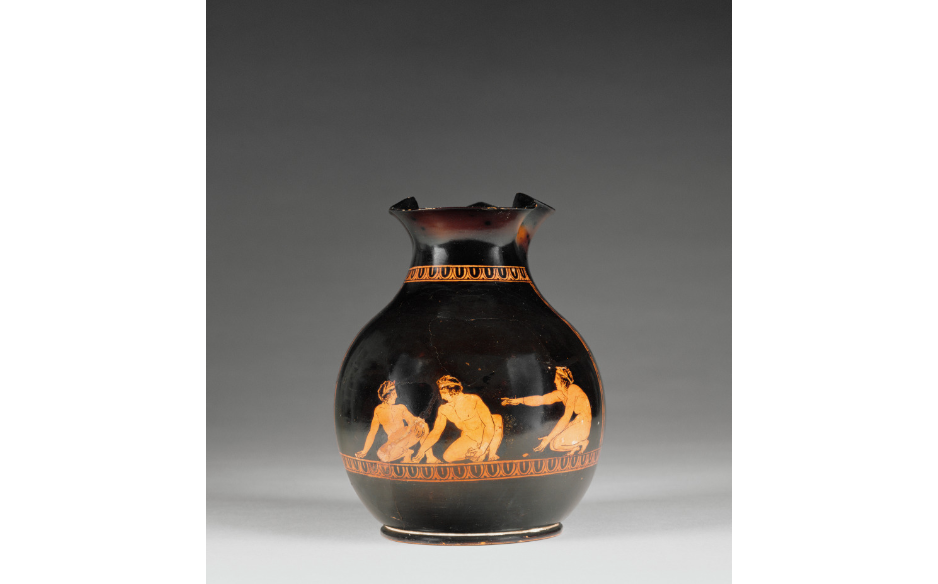 How did ‘games’ define the lives of ancient Greeks

The ancient Greeks considered playing games a means of self-education, which is why they attached great importance to their role. They realized the value of team games and believed that they could be used to improve society. For this reason, games constituted an essential part of children’s education.

They also thought that playing games was important for adults. They thus spent a lot of their free time playing one-player and team games. In ancient Greece, many team games were played in the yards and on the street and were governed by rules that were faithfully followed by all. Playing games develops companionship, exercises the body, cultivates the spirit, teaches children and adults to respect rules, and thus to respect and obey the laws of their city.

“Athyrmata”, toys in ancient greek, were made of soil and water in other words of clay or wood. Firing hardened the clay transforming it into permanent ceramic material. Some of them were spinning tops, some were dolls and some were animal figurines. Clay “Athyrmata” survived through millennia whereas wooden toys did not.

Plato argues that parents should encourage their children to play at least to the age of six, with whatever toys they wanted and in whatever way they wanted. He further argues that toys and games should have some learning orientation related to a profession, which would thus prepare children for their future life.

Aristotle advised parents to give their children as many original toys as possible so that children develop an attachment to them and at the same time help them develop creative imagination.

Hippocrates advised adults to run in a circle to better maintain their physical health and encourages children to play. Julius Pollux in his “Onomasticon” describes fifty team games and refers specifically to those played by boys and those played by girls. The boys played outdoor games such as chasing, hiding, knucklebones, ball, wreath, and spinning top. The girls played inside the house with clay or wax dolls, called “plaggonas”, which they dressed in clothes they had made themselves. Balls, wreaths, and tiny household items were also very common. 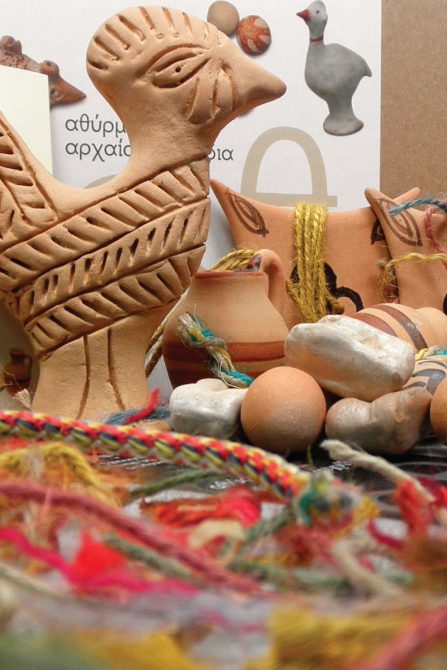 Ancient Greek toys for children made by Attick Black

Difference between a ‘Game’ and a ‘Toy’

‘A game is a structured form of play, usually undertaken for entertainment or fun and sometimes used as an educational tool. Games are distinct from work, which is usually carried out for remuneration, and from art, which is more often an expression of aesthetic or ideological elements. In most games, the rules are more significant than the components. Playing a game requires thinking and problem solving, and knowledge of rules is essential if you are going to win. Games may be played endlessly, providing people with the sense that they are progressing, or they may be played one at a time, providing a sense of completion. In any case, games are built around a set of rules that are regularly tested and refined, creating a continuous experience’.

‘A toy is an item that is used in play, especially one designed for such use. It is mainly intended for use by children, though it may also be marketed to adults under certain circumstances. Playing with toys can be an enjoyable means of training young children for life in society. Different materials like wood, clay, and paper, are used to make toys. A toy is an object that is used for play and is not necessarily intended for becoming fully involved in the play activity itself. These objects may have been designed primarily for play, or they may have been made with additional purposes in mind, such as instructional or symbolic value’.

Step into Attic Black’s world of ancient Greek toys and select the ones that are most suitable for you and your children. We have a broad selection of toys that were famous in antiquity, such as the iynx, knucklebones, rattles, spinning tops, dolls, and more.

For further information, or for tailor-made options, send us your request

For further information, or for tailor-made options, send us your request at atticblack@thetis.gr  or reach us at +30 2103232005