The Types of Pottery in Ancient Greece: Perfume & Ceremonial Flasks 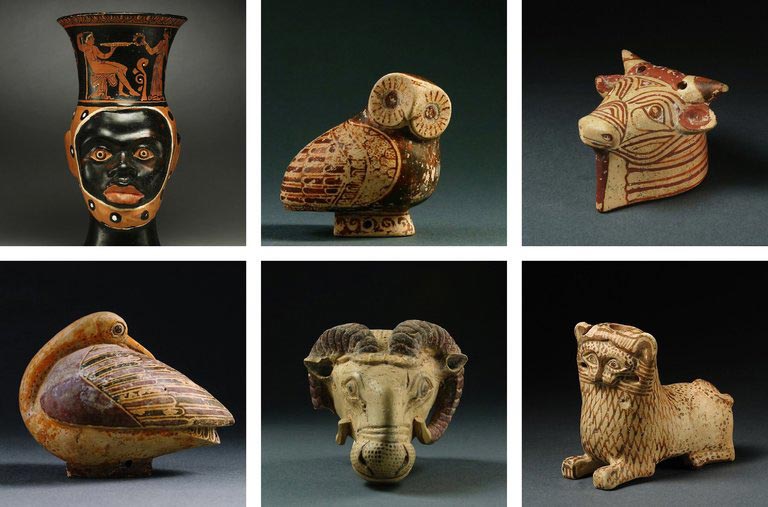 The second part of our ‘Types of Pottery in Ancient Greece’ article is centered around perfume and ceremonial flasks. The ancient world would perhaps be most overpowering in terms of smell. Sweating men and animals and their waste-filled a city’s streets, making it vital to set off sacred spaces as well as those of luxury by making them smell sweet. Fragrances were everywhere in the ancient world, from scented oils used to adorn the body to incense burnt in homes and temples.

Let’s dive into the categories of vessels used for fragrances, aromatic oils, cosmetics, and ceremonies.

The alabastron was an elongated vessel with a cylindrical base, a narrow neck that ended in a small opening, making it suitable for carrying perfumes. It had no handles, but sometimes had arched holes through which it passed a strap or “ears”. It was made of various materials, such as clay, glass, alabaster, etc. The Corinthian ceramic alabaster had a thick rim and a narrow neck. The Attica had a wide rim with a high neck. Its shape comes from Egyptian standards.

Aryballos was a small vial up to 10 cm high. It was one of the most famous vessels with representations that covered an area of about 5 cm. The shape of the vessel first appeared around 720 B.C. at Corinth. It probably came from the Oriental flasks that had a longer neck but were used for the same reason, to store aromatic oils. A luxury product needs the appropriate vase, which is why the construction of the vase and its decoration was very meticulous. There are different types of aryballoi, the Corinthian aryballos, the Proto-Corinthian aryballos, Chigi Vase. 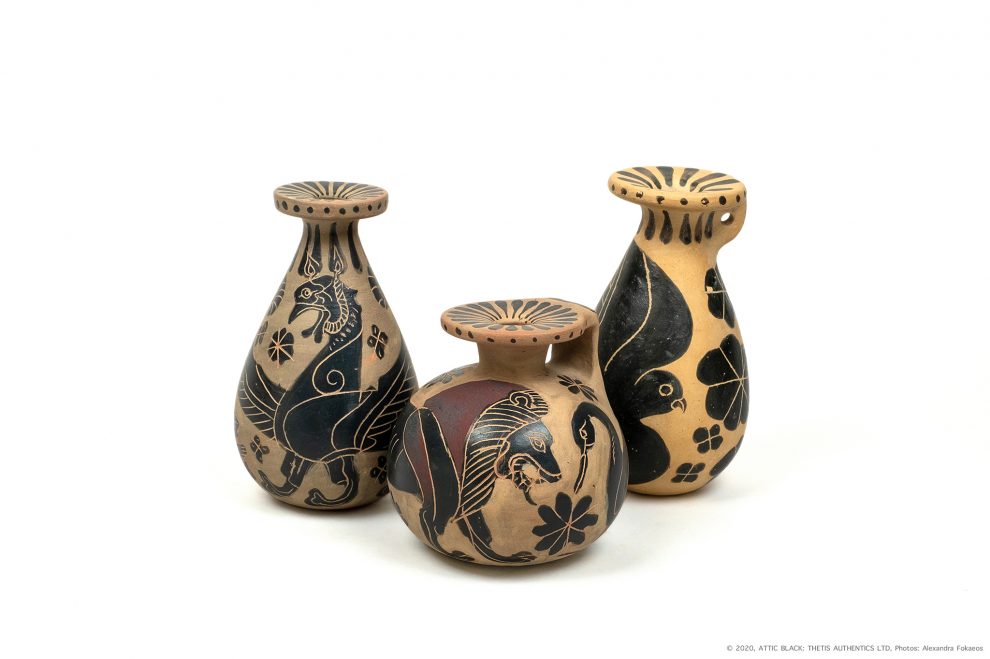 Corinthian style vessels made for the Benaki Museum shop, Athens

The lekythos was a vessel with a handle, a narrow neck, a deep mouth, and usually a cylindrical body. It was mainly used to store the aromatic oils of women and athletes. They were also used as oil supply vessels for the dead (white lekythos) or as signals in tombs.

The compass was a storage vessel in which cosmetics or toiletries were usually stored. The name compass is Roman while the Greek name was probably kylichnis. It is also known as a shape from the geometric years.

The ancient Greek word compass is used to describe a box made of boxwood, which was used by doctors to store their medicines. 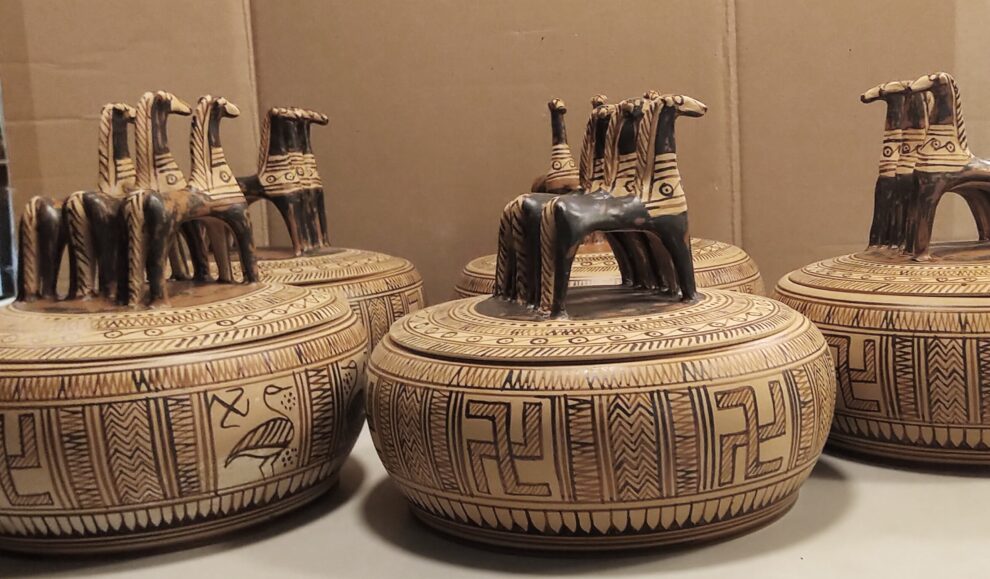 A set of geometric pyxides we made-to-order for the Antikensammlung Heidelberg University, 2021

The lebes gamikos had a shape similar to the lebes but differed in that it had a wide high leg with conical support integrated into the main vessel and handles, which started from the shoulders and ended near the rim of the vessel. It had a dome-shaped cover that ended in a handle. It was usually used at wedding ceremonies with water for the wedding bath and was decorated accordingly.

It first appeared in the 6th century and was used until the 4th century. According to Beazley, the first to decorate a wedding boiler was Sophilos around 580 to 570 BC. representing the wedding ceremony of Helen of Troy and Menelaus.

The loutrophoros is an oval-shaped vessel with a high funnel-shaped neck and two handles that start at the top of the vessel’s body and end at the lips, covering the entire neck. There is also the type of loutrophoros-hydria with three handles. It was used for transporting or storing water.

From the illustrations on vases, we can conclude that it was used in funerals and later in wedding ceremonies. In Attica, it was used to transport water from the Kallirroi fountain for the wedding bath.

The shape of the vessel refers to the amphorae of the late geometric period and as it evolves a narrowing of the neck is observed. The term loutrophoros is modern. In the 5th century, we also find marble baths in Athenian cemeteries.

Let us know which style is your favorite and upon request, we will create a museum-like vessel that will elegantly blend in with your décor.